HIS NOVITIATE AT THE GREAT ST BERNARD

HIS NOVITIATE AT THE GREAT ST BERNARD

His application for admission to the novitiate of the Grand St. Bernard was filed on 22.7.1931.

In October 1934, he began the study of theology. From January to March 1934, he was hospitalised at the Bois-Cerf clinic in Lausanne and underwent surgery for a duodenal ulcer at the Cécil clinic.

During the novitiate, the candidate for the priesthood is put to the test: rising at 5 a.m. in summer, at 5.30 a.m. in winter; meditation , mass, spiritual reading, study, preparation for the offices, the offices, the services; rest once a week from 9 a.m. to 5 p.m. for an excursion.

This rigorous regime, with its high demands, suits Maurice's character and enables him to advance by offering, prayer, patience, on the way to perfection, in all humility and confidence. 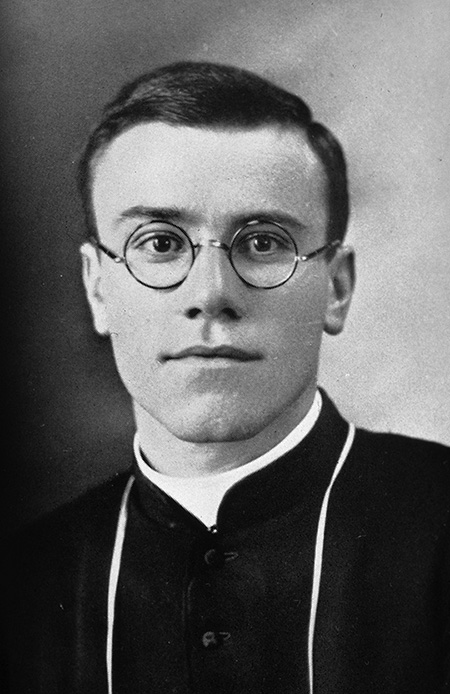 Souvenir photo before his departure to Tibet